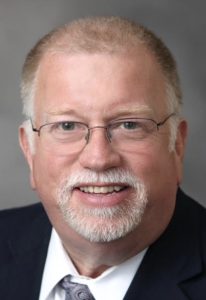 John Carr became DCA president after serving as treasurer and board member since 2016. He is well known for taking the initiative in establishing the March of Champions contest in Kingston, one of DCA’s most popular and well-attended shows for more than 25 years. He began playing soprano horn with Hawthorne Muchachos at age 11 in 1968, continuing until 1978 when the corps disbanded. He has been involved with the Muchachos Foundation since its inception in 2012, currently serving as president. The Foundation provides scholarships to young people in today’s competitive drum corps. Active members of both DCI and DCA corps have received scholarships worth more than $20,000 in total. As well, the Foundation provides funds for special families at holiday times. The March of Champions originated as a fundraising project for the Children’s Home of Kingston. He is treasurer of the board of directors, assisting with financing, development and fundraising. The Home serves boys from age six to 18 with residential and outpatient clinical care. After the Muchachos disbanded, he was part of the team that merged the Imperial Knights, Dynamic Royal Aires and Valley Grenadiers to create Fantasia III, with corporate sponsorship from Burger King. In addition to serving on the board of directors he was show designer and marching instructor.