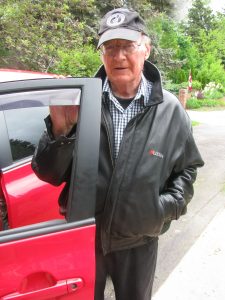 When Lorne Ferrazzutti taught the Toronto Optimists drum and bugle corps, his drum lines were undefeated in every junior national championship contest from 1959 to 1966, while Optimists were sweeping to 11 consecutive national titles. During that time, he taught six Canadian individual snare drumming champions. He was a champion snare drummer himself while performing with Toronto Jesters senior drum and bugle corps and was instrumental in the amalgamation of the Jesters and Hamilton Viscounts to form the Canadian Commanders drum and bugle corps. He has been teaching the drum line of the world famous Burlington Teen Tour Band since 1977. He is a charter member of the Toronto Optimists Alumni drum and bugle corps, missing very few practices or performances in more a decade of involvement. He began drumming in the bugle band at Western Tech High School in Toronto in the early 1950s, forming a lifelong friendship with Barry Bell, also an associate member of the World Drum Corps Hall of Fame.