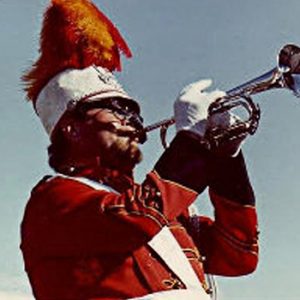 John Girardi III was lead soprano and soloist during all his years of drum corps activity: with New York Skyliners from 1977 to 1996 then with Skyliners Alumni for another eight years as soloist and instructor. His first drum corps involvement was as lead soprano with St. Joe’s Brigade from 1966 to 1977. He was named to the Skyliners Hall of Fame in 1993 and posthumously to the Bugler’s Hall of Fame in 2011. He was widely admired as a leader and mentor, writing, assisting with arrangements and instructing many drum corps around New York City, including Bayonne Bridgemen, New York Crimson Kings and Conquest Alliance of the United Kingdom.