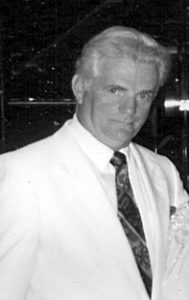 In 1947, Jim Henn joined the Wallbrook Squadron Boys Brigade Company A drum and bugle corps, which later became the Grantley American Legion (AL) Post Silverliners. When he aged out of junior activity, he joined the Towson, Maryland, Troubadors, then in 1959 joined the Yankee Rebels of Baltimore. He remained with the organization until 1976, when the Yankee Rebels stopped competing, then helped form the Cavaliers drum corps. He became part of the Yankee Rebels organization again when the corps was re-organized, under the leadership of former director George Bull, as the Yankee Rebels Alumni Corps. The group’s first performance was during the AL national convention held in Baltimore. His drum corps activities have taken from New York City west to Portland, Oregon, and from Quebec, Canada, south to Miami, Florida.