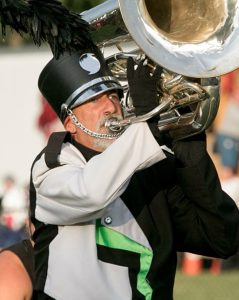 The Connecticut Hurricanes have recognized the outstanding contributions made both on and off the field by Daniel Staffieri since 1990 with more than half a dozen major awards. He is highly regarded for the sense of dedication he has shown for almost 30 continuous years, always ready to help in any way and at any position.

As a performing member he has played baritone, tuba and cymbals at various times since 1990.