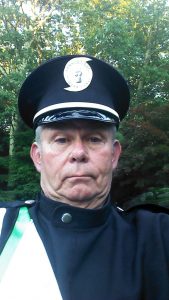 Skip Vargo is a member of the Connecticut Hurricanes Hall of Fame, and has been a valuable member of the Connecticut Hurricanes organization since playing baritone from 1972 through 1984. For the following two years, he taught and provided redesign services for the visual program and marched as assistant drum major. He was treasurer on the board of directors from 1986 until he left for a job assignment in Michigan in 1991. He returned as treasurer in 1994, serving until 2005. He was a key board member in developing the charter, bylaws and articles of incorporation for filing with the state. He was one of the Hurricanes’ representatives to DCA for many years. He helped run the Hurricanes DCA Fanfare show. He is a charter member of Park City Pride and has performed with Connecticut Alumni for the past four years. Before joining the Hurricanes, he played baritone with Trumbull Troubadors from 1965 to 1971 and Connecticut Yankees in 1971 and 1972.