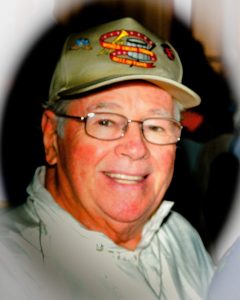 Bill Boerner’s drum and bugle corps career began in 1936 and spanned more than five decades, during which time he was a snare drummer and drum instructor for a number of junior and senior corps and served two terms as corps director of New York Skyliners. Between 1936 and 1943, he drummed with Bill Brown American Legion (AL) Post drum and bugle corps, American Patrol Naval Cadets, Charles W. Heisser AL Post fife drum and bugle corps, Grand Street Boys and Phoebe Apperson Hearst AL Post. After serving in the United States Navy, he became a charter member of New York Skyliners in 1946. He was the drum instructor for eight junior corps and three senior corps, including Skyliners, in locations across New York and New Jersey for almost twenty years, from the late 1940s to the late 1960s. His activities in the 1990s included marching with three fife and drum corps: the Sons of Liberty, the Minutemen and the Blue and Grey. He also participated in the Skyliners chorus, and belonged to the Skyliners Alumni Association.