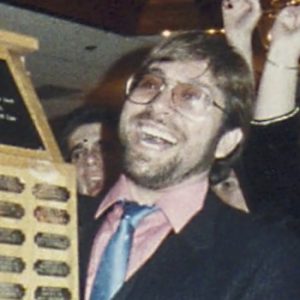 Bobby Burke began his lifelong involvement with drum and bugle corps at age eight when his father introduced him to the Staten Island Cadets. He represented the third generation of family involvement dating back to his grandfather’s drum corps activities in the 1940s. He entered his first individual contest at age 13, defeating 35 of the best buglers in junior drum corps. He was undefeated in 15 individual contests that year. In the following 50 years, he finished first in all but two contests.

In 1964, at age 14, he was playing the Ballantine Brewers opening number behind an equipment truck. Corps officials were so impressed they put him in uniform and he marched in the show the same night. At age 16, he auditioned with Hawthorne Caballeros and immediately became the featured soloist. In 1979, he auditioned with New York Skyliners and performed as featured soloist until 1986, mentoring many young corps members during this time. He was the soloist with Long Island Sunrisers when they won DCA championships in 1987 and 1988.