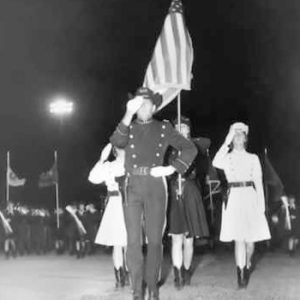 Pete Emmons has been setting the standard for visual field show design since 1967, when he created the visual design and taught Anaheim Kingsmen. The concept of asymmetrical drill design he introduced in 1980 quickly shifted the visual standard of field performances to a new level, lifting the corps he taught to championship levels. During more than four decades of field show design, instruction and consulting for drum and bugle corps throughout the United States, Canada, the United Kingdom, Holland, Japan, France, Germany, Italy, Indonesia, South Korea, his visual concepts, including Garfield Cadets’ peace sign and Santa Clara Vanguard’s bottle dance, changed the way music is presented.While he has designed, taught and served in various management positions since 1988, the Concord Blue Devils have won nine Drum Corps International (DCI) championships between 1994 and 2012. From 1968 to 1990, he designed and taught Santa Clara Vanguard, winner of the 1970 American Legion (AL) title, the 1971 Veteran of Foreign Wars (VFW) title and DCI titles in 1973, 1974 and 1978. He performed as a soprano horn player then drum major from 1959 to 1966 with Casper Troopers, winning the World Open championship in 1965 and the VFW title in 1966. He has been a member of the DCI Hall of Fame since 1989 and was named to the Santa Clara Vanguard Hall of Fame in 2013.