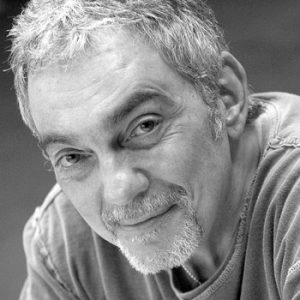 Steve Gadd’s achievements include winning a national drum and bugle corps championship as a young man, followed by steady recognition from many other music organizations. In 2005, he received an honorary Doctor of Music degree from Berklee College of Music for outstanding contributions to contemporary music. He was inducted into the Percussive Arts Society Hall of Fame the same year. In 2003 he received the Zildjian American Drummer’s Achievement Award. He received the Drummer’s Collective Award in 2002.

He has been a member of the Modern Drummer Hall of Fame since 1984. In 1961 was one of about 70 high school students from across the country selected to play in the School Band of America, which visited 12 cities in six European countries during a four-week tour.

As a child, he performed tap dance routines in hospitals and nursing homes with his brother Eddie, winning a local talent contest that lead to a west coast appearance on the Mickey Mouse Club television show.

He began drumming at age seven when he a family member gave him a drum set. His interest in drumming emerged even earlier. After watching parades he began to imitate drummers, using a knife and fork for drum sticks. He later played snare drum with a number of Rochester area drum and bugle corps, including the national champion Rochester Crusaders. The drum corps experience taught him the power of team members playing together, practicing hard trying to sound like just one person. His drumming has strongly influenced many drum and bugle corps over the years. His intro to Chuck Mangione’s Legend of the One-Eyed Sailor, based on the rudimental solo Crazy Army, became a drum corps classic, performed in competition by 37 different corps since 1974.

He grew up in a rich Rochester area music environment, attending local clubs with his parents to hear such jazz greats as Dizzy Gillespie (sitting in with him on drums at age 11), Stan Getz, Max Roach, Art Blakey, Oscar Peterson, Kai Winding, Carmen McCrae, Ray Bryant and others.

After graduating from East Ridge High School he enrolled in the Manhattan School of Music, then returned to Rochester to attend the Eastman School of Music. He enlisted in the United States Army while in his last year in college, auditioning and being accepted for the Army’s Field Band in the Washington D.C. area then returning to Rochester on his discharge in late 1971.

His ability to amalgamate various jazz styles is evident on such songs as Paul Simon’s 50 Ways to Leave Your Lover with its distinctive drum groove; the distinctive beat of Van McCoy’s disco anthem The Hustle and on the title track of Steely Dan’s album Aja.

He performed during the famous Simon and Garfunkel Concert in Central Park and was featured in Paul Simon’s movie One Trick Pony. He has recorded and toured with guitar great Eric Clapton. He toured with James Taylor in 2014 and again earlier this year.