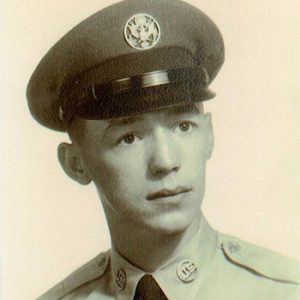 Skip Groff was one of the activity’s best solo soprano players during his years of participation in drum and bugle corps events. He competed in dozens of American Legion and Veterans of Foreign Wars (VFW) individual contests and won them all. For one notable contest, he played the Carnival of Venice on a French horn. He wrote music and instructed a number of well-known corps in Pennsylvania and Maryland and produced immediate improvement in each of them. In 1954 and ’55, he played soprano bugle with the Westshoremen. He became a solo soprano player with the United States Air Force Drum Corps in Washington, DC from 1955 – 1959. Following that he was the soloist with Yankee Rebels from 1958 to 1966 and Archer-Epler/Reilly Raiders in 1967 and 1968. From the late 1950s until 1972 he was the brass arranger and instructor for Westshoremen and Yankee Rebels. In 1968, he performed the same service with the Archie/Reilly corps. He was arranger and instructor with Hanover Lancers for a full decade starting in 1960 and with Milton Keystoners from 1960 to 1964. During the 1960s, he also arranged for and taught two prominent junior corps: Dundalk Cadets and York White Roses.