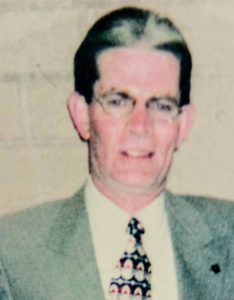 Bob Hamilton was a snare drummer for three top junior corps, Melrose Baysiders, St. Vincent’s Cadets and St. Lucy’s Cadets of New Jersey, and three top senior corps, Archer-Epler Musketeers, New York Skyliners and Reilly Raiders Alumni Corps. He performed as a drummer from 1956 through the 1990s. After serving a term in the United States Army, he joined the Skyliners drum line in 1968, and served as drum sergeant and assistant instructor until 1975. He was also a percussion instructor for groups including the Baysiders, Miami Vanguard, Skyliners, Hawthorne Caballeros and the Musketeers.. He judged percussion for the National Judges Association for almost 20 years, beginning in 1970. He suffered a severe injury to his left hand in a home injury in 1994, resulting in the loss of fingers. Following treatment and therapy, he resumed drumming with the Reilly Raiders alumni corps.