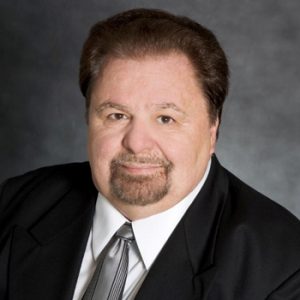 Joe Marrella’s half-century association with drum and bugle corps began with instruction in rudimental drumming with the Vasella Musketeers in 1956. He was snare drummer and section leader in the drum line known as the best in the country and its nationally-known drum quartet. His 25 years of teaching drums began at age 20 in 1963, with the Haddonfield Royaleers all girl drum and bugle corps. In the following quarter-century he taught many area corps at the same time, often spending five nights a week with his students. He fielded a Blue Rock drum line with eight snares in 1971, the first time such a large snare section had been featured by a junior corps. That drum line won the National Drum Trophy awarded by the Ludwig company with a score of 19.1 out of 20, the highest score ever recorded to that point. He has been associated with such other nationally-ranked junior corps as Hawthorne Muchachos and Casper Troopers. With 27th Lancers, he served as both drum instructor and show coordinator. He was associated with a number of senior corps, including Reading Buccaneers, Yankee Rebels, Erie Thunderbirds, Rochester Crusaders, Westshoremen and Skyliners. He has served as a judge and clinician with Drum Corps Associates (DCA), and developed a general effect clinic for DCA judges. He has been a judge for American Legion, Veterans of Foreign Wars and major independent contests.