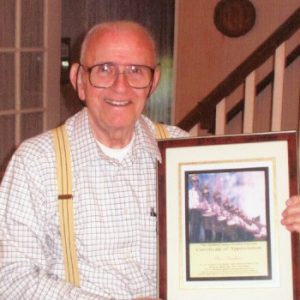 Eric Perrilloux was drum instructor for two of the best known senior corps in the Golden Era of the 1950s and 1960s: the Reilly Raiders of Philadelphia and the New York Skyliners. He was one of the first percussion arrangers to discard the layering of snare, tenor and bass drum parts. He made the three areas separate, but woven into the total music package. He strongly advocated the use of drum to complement the music of the brass section. He won his first of many individual drumming titles in 1939. Many observers feel he has the most impressive background in rudimental drumming, developing his skills with the famous Charles T. Kirk fife, drum and bugle corps of New York.