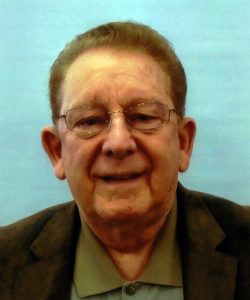 Since he first played soprano bugle with the the Naval Cadets in Roxborough, Pennsylvania in 1948, Robert Castor has marched in every section, served on staff with several well known corps and in 1998 and ‘99 marched with four different alumni drum and bugle corps at the same time: Yankee Rebels, Archer-Epler Musketeers, Reilly Raiders and Skyliners. He is a member of the Pennsylvania Drum Corps Hall of Fame, the Drum Corps Association of Maryland, The Yankee Rebels Alumni Association and Reilly Raiders Old Timers Association. He was a staff member with Archer-Epler Musketeers in 1967 and Reilly Raider Musketeers in 1968. He was also a staff member with Yankee Rebels Alumni Drum Corps from 1994 through 2003. He has played mellophone with Hawthorne Caballeros Alumni since 2003. He previously played mellophone with Boumi Temple Drum Corps of Baltimore, Maryland from 1985 to 1988, Yankee Rebels from 1988 to 2010, Archer-Epler Musketeers from 1990 to 2000, Reilly Raiders from 1994 to 2004 and Skyliners in 1998 and ‘99. After first playing soprano bugle with the Naval Cadets, he switched to snare drum with Hattai-Taylor Cadets of Roxborough in 1951 then moved back to the horn line in 1952 and ‘53. He played bass drum with Reilly Raiders in 1962 and marched in the color guard for the next three years. He was assistant captain in 1964 and ‘65. He also marched in the Archer-Epler Musketeers’ color guard in 1965, served as guard captain in 1966 and ‘67 and in 1968 with Reilly Raider Musketeers. The following year he was guard captain with the Marauders of Glen Olden, Pennsylvania.