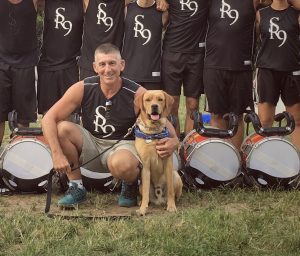 Christopher Feist is currently staff coordinator with Reading Buccaneers drum and bugle corps. He previously served as assistant staff coordinator for a year in 2013 and snare technician, battery coordinator and percussion staff member for more than 10 years starting in 2001. His involvement with Buccaneers began when he played bass drum in 1981 and snare drum in 1982. He then played snare drum with Crossmen drum and bugle corps in 1983 and 1985. He was snare technician and percussion staff member with Crossmen from 1988 to 1992.