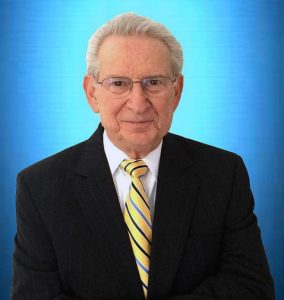 Joel Leson became hooked on the drum and bugle corps activity when he was 11 years old watching the 1954 Veterans of Foreign Wars (VFW) National Championship “Million Dollar Pageant of Drums” in Philadelphia. That evening he saw the Archer-Epler Musketeers and the Blessed Sacrament Golden Knights win their respective competing divisions. In 1955, he joined a new junior corps being organized by the Joseph Vasella American Legion Post in South Philadelphia. The corps soon came to be known as the Vasella Musketeers, instructed by Lee Wolf on brass, Don Mihok on drums and Jack Keeley doing the drill design. From 1955 to 1965, Vasella developed into a powerhouse junior corps winning many contests up and down the East Coast. While in Vasella, he marched as a snare drummer from 1955 to 1959, then played French horn until 1962. After leaving Vasella, he became a member of the Haddon Heights, New Jersey Vagabonds junior corps, the Bordentown, New Jersey Devils senior corps and the Archer-Epler Musketeers, where he continued to play French horn. From 1959 to 1962, he wrote “The Philadelphian” a column in the original Drum Corps World magazine, published in Chicago. He covered contests in Eastern Pennsylvania and New Jersey. Since returning to the drum corps activity, he has contributed to columns in Drum Corps World Magazine which is now published in Madison, WI. He also authored “A History of the Yankee Rebels” in The History of Drum and Bugle Corps, Volume 2, published by Steve Vickers of Drum Corps World. From 1963 to 1965, he was the first drum and drill instructor of the Brookhaven, Pennsylvania Crusaders junior corps. He entered the United States Army in 1965. His 26 year Army career included serving as a tank company commander, an infantry advisor in Vietnam (1967 to 1968) and commanding all US Army Criminal Investigation Command offices in Europe (1987-1990). While in the Army, he voluntarily taught the drum lines of high school bands in Killeen, Texas, Weaver, Alabama and Leavenworth Kansas. He retired from the Army with the rank of colonel in 1991. He is a member of the US Army Criminal Investigation Command’s Hall of Fame. His career in the Army and Department of Defense spanned 40 years. He joined the Yankee Rebels Alumni Drum and Bugle Corps as a soprano bugle player in 2000. He served as the corps director from 2001 to 2005 and was the corps business manager from 2005 to2010. He simultaneously was a member of the Reilly Raiders Alumni Corps from 2001 to 2004. When asked why he was so involved in two corps at the same time, he responded, “I’m trying to make up for all the lost time I was away from corps while I was in the Army.” He is involved in Great Alliance of Seniors (GAS) activities and attends many corps alumni, Drum Corps Associates and Drum Corps International contests and shows year round. In 2003, he organized the tribute dinner at Hershey, Pennsylvania to honor the memory of Colonel Truman W. Crawford. He was one of the organizing members of the unique Swing House Brass and Percussion Ensemble. When the Yankee Rebels Alumni Corps did its last show in 2010, he became a member of the Blessed Sacrament Golden Knights Alumni Drum and Bugle Corps. He will be the first to tell you that his drum and bugle corps training as a young man allowed him to meet all the challenges he faced while in the Army, and that trying to describe the “magic” of the drum and bugle corps hobby to people who were never involved in it is darned near impossible.