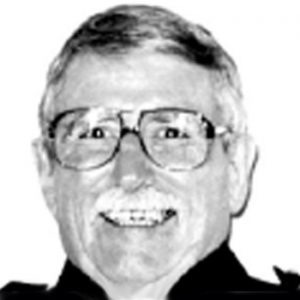 Paul Neiss, Sr. has been a performer, instructor, arranger, judge and administrator during a drum and bugle corps career that spans more than 70 years, beginning in 1932. He played baritone bugle for various corps in the Boston area for 20 years. Between 1953 and 1964, he marched with the Frontiersmen, the Continental drum and bugle corps and Geneva Appleknockers. In the 1970s and ‘80s, he was a member of Rochester Phoenix, Rochester Crusaders and New York Skyliners. He has performed with Mighty St. Joe’s Alumni Corps since 1994. He was an instructor and drill arranger for a dozen different corps between 1967 and 1986, including such well-known units as Chessmen, Erie Thunderbirds, Appleknockers Juniors, Dutch Boy, Pittsburgh Rockets, Canton Blue Coats and Erie Sound Machine. He has been judging with the All American Association, the Mid Atlantic Association and the Great Lakes Eastern Association since 1966. He was the organizer and first president of the New York-Canadian Drum and Bugle Corps Association. He organized, and wrote and taught drill, for the Shamrocks Girls Drill Team of Shortsville, NY. Under his leadership, the unit won the New York State and Veterans of Foreign Wars (VFW) championships in 1966.