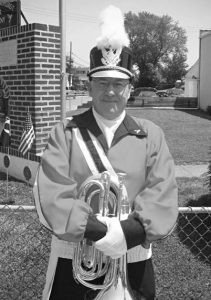 Charles Smith began a long association with corps in the Philadelphia area in 1954, with Duquesne Dukes. He then spent seven years with the Pittsburgh Rockets before several decades of service with Archer Epler Musketeers as a baritone player, music arranger, and instructor and arranger for the chorus. He also served as an instructor or arranger with a number of nationally known corps in the 1970s, including Steel City Ambassadors, Audubon Bon Bons, Bracken Cadets and Bristol Cadets. He was a high school band director in Bensalem PA for 25 years and has sung professionally with a number of organizations.