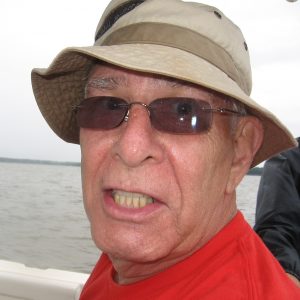 Bob Wagner first marched in 1943, at age seven, and continued non-stop with several top competitive east coast corps until 1969. He then became even more active with a number of well-known corps when the alumni era emerged in the late 1980s. Throughout his years of activity, he has been associated with many of the best-known instructors of the day, including many other Hall of Fame members. From 1943 to 1949, he played drums under Joe Soistman and bugle under Wm. S. Hart at P.S. School 83 in Baltimore. From 1945 to 1949, he also played bugle with instructor Webb Rice for Tall Cedars Junior drum and bugle corps. He played bugle with St. Michaels from 1949 to 1951. For the next four years, he was a bugler with Kenwood Cadets and Kenwood Cavaliers. From 1955 to 1957, he played with Baltimore’s Hamilton Post 20, with Bill Rennie, Skip Groff and Truman Crawford as instructors. Bobby Adair was his instructor with Reilly Raiders from 1957 to 1960. He played with New York Skyliners in 1960 and 1961, when Hy Dreitzer was the instructor. He spent his final years of competition, from 1961 to 1969, marching with Baltimore’s Yankee Rebels, with instructors Skip Groff and Truman Crawford. He has been a member of the Yankee Rebels Alumni since 1988, playing soprano and mellophone, under the direction at various times of Ray Eyler, Ray Fallon, Truman Crawford, Jamie Bennett and Larry Kerchner. From 1991 to 2000, he played soprano horn with Archer-Epler Alumni, with instructor Ray Fallon. Since 1994, he has played mellophone with Reilly Raiders Alumni, taught by Bob Adair, Larry Kerchner and Bill Pusszi. From 1996 to 1999, he played mellophone for Skyliners Alumni, under Bucky Swan. He has played mellophone with Hawthorne Caballeros Alumni since 2003 and Music Express since 2004, under Larry Kerchner. He retired from Morton Electronic Materials in 1999, after 25 years of service, and remains under contract to Rohm & Haas Electronic Materials as an electro-chemical process engineer.