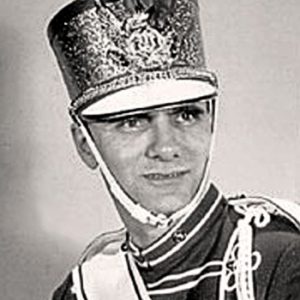 Stan Biggs was director, business manager and drum major of one of the most successful senior corps in Canadian history: the Guelph Royalaires. Under his guidance, the Royalaires won the Canadian senior national championship six years in a row from 1959 to 1964. In all, the Royalaires won 16 national championships in 22 years. He also served for many years on the executive of the Ontario and Canadian Drum Corps Associations, and was involved with the winter instruction clinics that attracted corps personnel from across Ontario and western New York state. The Royalaires evolved from the 11th Field Regiment band in 1954, when the military organization first welcomed members of the public. The new name came from Guelph’s nickname as the Royal City. The group was established in 1932 as the Guelph Legion Bugle Band.