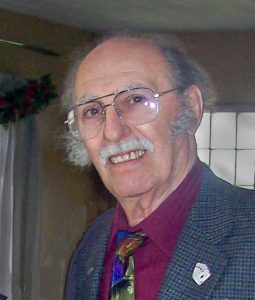 Joseph T. Capone (born 4/21/1923), began his marching career with the Seckatary Hawkins Jr. drum corps from Pittsburgh, Pennsylvania in 1936, and then the Sons of the American Legion before WWII. After seeing active duty in Europe and injured in battle, he returned home unable to participate in a marching unit. In 1947, he took over the business manager duties of the newly formed Pittsburgh Rockets Sr. Drum & Bugle Corps (the group started by his father Florindo Capone). He directed the corps for 27 years from 1947 to 1974. In September of 1963, Joe, along with the 6 other corps directors, wrote and voted to accept the by-laws and the name, forming Drum Corps Associates.