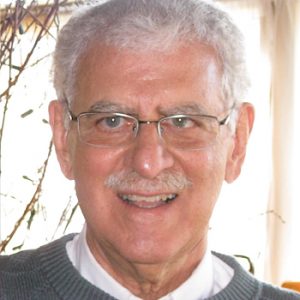 Frank Ferraro was in the brass section of the Greater Reading Post 179 corps and West Reading Police Cadets before becoming drum major of Reading Buccaneers. He served as music director or arranger with such corps as West Reading, Schuylkill Haven, York White Roses, Milton Keystoners, Westshoremen and the Buccaneers. He has also been a judge with the Mid Atlantic, All American, DCA and CBA judges associations. He was a judge for such major events as the Festival of States, Cherry Festival, Miss America parade and more. He won the VFW national champion soprano bugler title in 1951, at the convention held in New York City. He earned a Bachelor of Science Degree in Music from West Chester University, a Master of Arts Degree in Music from Columbia University and worked as a music educator in Pennsylvania public schools for 40 years.