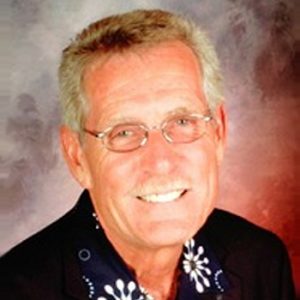 Bob Glovna was 10 years old, in 1955, when he first played trumpet in the Madison School Band in Bridgeport, Connecticut. After seeing Hawthorne Caballeros drum major Ralph Silverbrand at Hedges Field stadium during the Barnum Festival senior drum and bugle corps contest, he was inspired to join the newly-formed St. Raphael’s Buccaneers junior corps in Bridgeport, as a soprano player. He remained with the Buccaneers until 1960, then performed with Connecticut Hurricanes senior corps until 1970. At the end of the 1970 season, he became corps director and business manager of the Hurricanes, serving in that position until 1977. During his final two years as corps director, he also served as vice president of Drum Corps Associates (DCA), holding that office until 1983. Bridgeport’s week-long Barnum Festival each July honors P. T. Barnum, the renowned circus producer and a former mayor of Bridgeport. Bob Glovna was nominated as Barnum Festival Musical Chairman for Champions on Parade from 1975 to 1980, serving as grand marshal in the final year. He was show chairman for the Bright Lights DCA senior drum and bugle corps show from 1982 to 1985. A year after the formation of Park City Pride, an alumni corps representing a number of popular junior corps from the 1950s, ‘60s and ‘70s, the board of directors unanimously elected him as director and business manager.