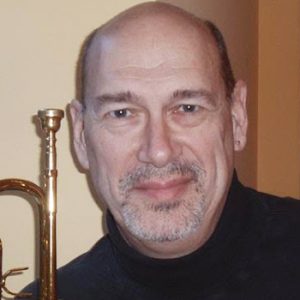 Roger Grupp has made significant contributions to drum corps activity in the Midwest, but is perhaps best known as one of the activity’s best high soprano soloists, marching with Minnesota Brass Inc. (MBI) for 35 years until he retired from field contests in 2006 at age 60. He has been equally busy off the field. He created the first drum and bugle corps Web site, and administered it for MBI for 14 years. He served as the corps’ personnel director for more than 20 years, starting in1980. He is considered one of the best mentors and educators in the drum corps community, taking time to educate younger members about the activity. Drum Corps Associates (DCA) named him best soloist during the 1993 championship tournament. He received the MBI Brassy lifetime achievement award in 1979. He has been a member of Classic Brass Inc., a professional brass quintet comprised of MBI players and alumni, since 1989.