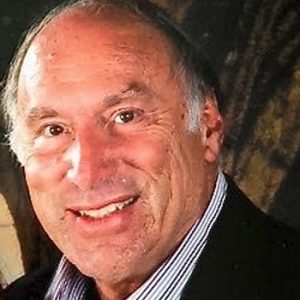 George Iacono has being displaying his great love and passionate support of drum and bugle corps activity since the early 1980s, when he helped North Star Drum and Bugle Corps, of  North Shore, Massachusetts by providing a nightly practice site at Marshalls stores. Marshalls is one of the TJX Companies, Inc., the world’s leading off-price retailer of apparel and home fashions, operating T.J. Maxx, Marshalls, HomeGoods and A.J. Wright in the United States, as well as Winners, HomeSense, and STYLESENSE in Canada. He arranged A.J. Wright’s sponsorship of Drum Corps Associates (DCA) activities valued at more than $300,000 in the years 2005, 2006 and 2007, including support for five shows during the contest season, 10 truck sponsorships and major sponsorship of the DCA World Championships, which helped make the DCA all-age expansion a reality. During his early years of activity, he also gave annual financial support to The Cadets of Allentown through his Value City stores. From 1984 through 1997 he sponsored Drum Corps International (DCI) activity in Columbus, Ohio. After going to a poorly attended DCI show at Cooper Stadium, he arranged for Value City to operate the contest. With television, radio and newspaper advertising, he was able to fill the concert side of the stadium yearly. From 2005 through 2007 he gave financial support to the Hawthorne Caballeros and The Cadets, including sponsoring the Cadets’ shows in Allentown. Through A.J. Wright, he has helped sponsor many DCI shows, such as the Bean Pot Show and the Boston Crusaders East Coast Classic. With the help of a friend he has also sponsored Boston marching band shows. At the same time, he helped DCA by supporting shows in Rhode Island. In addition to all of that, he was lead sponsor for DCA World Championships and other circuit contests, including smaller DCA shows. As a way to advertise his companies, he gave equipment trucks to the Caballeros and Orlando Magic, with the store’s logo on it. To help promote the activity, he has used drum and bugle corps many times in the openings of his stores. Entertainment at three of the most memorable openings was provided by the Chicago Royal Airs in Scranton, Pennsylvania; the Hawthorne Caballeros at the 100th A.J. Wright store opening in Springfield, Massachusetts and the Boston Crusaders at the TJX Annual Picnic in Framingham, Massachusetts. He has always felt that paying corps for performing is money well spent.