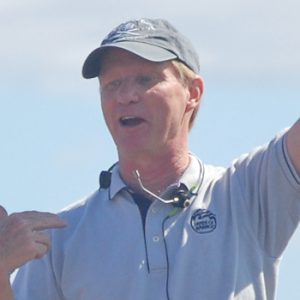 George Parks served in a number of roles with Reading Buccaneers, including horn player, head drill instructor and show coordinator, from 1975 until 1987. He is the founder and president of the George N. Parks Drum Major Academy, an Applied Tuba professor, director of the Minutemen Marching Band and a music professor at the University of Massachusetts. Known as the “Mace-Bearing Professor,” he revolutionized the art of drum majoring. He dazzled audiences for many years with his high levels of showmanship, professionalism and his actions as a field general.