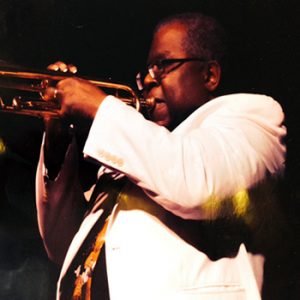 Ritchee Price has been a dazzling solo soprano player since 1966, when he first joined York White Roses junior drum and bugle corps. He received the Maynard Ferguson Silver Trumpet award for excellence at Berklee College of Music. He has performed with such well-known corps as Reading Buccaneers, Rhode Island Matadors, Sunrisers, and Empire Statesmen. He also marched as drum major of the Matadors between 1976 and 1982. He has been music arranger or brass technician with several corps since 1969, when he was assistant arranger with York White Roses. Since then, he has been arranger or technician for Framingham Sharpshooters, 27th Lancers, Rhode Island Picadors, Rhode Island Matadors, and Sunrisers.