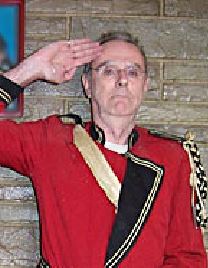 Jim Wedge is widely considered a pioneer in brass arranging. He was a major force from the first years of Drum Corps International (DCI) through his innovative arrangements for 27th Lancers of Revere, Massachusetts. Between 1967 and 1982, his work with 27th Lancers produced such drum corps standards as Crown Imperial, Danny Boy, Shenandoah and Rawhide. During many of those groundbreaking years with Lancers, he was also the arranger and instructor for other prominent Massachusetts corps including Dukes of Marlboro, Pembroke Imperials, Jeanettes of Lynn. In the 1980s, he also worked with Fitchburg Kingsmen and East Coast Jazz. Other drum corps he worked with reached high levels: multiple Catholic Youth Organization (CYO) championships, multiple World Open championships, champions with DCI North, DCI East, DCI Midwest, DCI West. His emphasis on quality of sound, a constant search for musicality and pursuit of new sounds and teaching methods had a major impact on those he taught. Four members of the Dukes of Marlboro horn line, with no training other than their drum corps background, all went on to become music teachers. He is a member of the DCI Hall of Fame and the Massachusetts Hall of Fame. His drum and bugle corps career began when he played baritone horn with St. Rose Scarlet Lancers of Chelsea from 1954 to 1962, alongside Chick Corea, inducted into the World Drum Corps Hall of Fame in 2018 for Distinguished Professional Achievement.