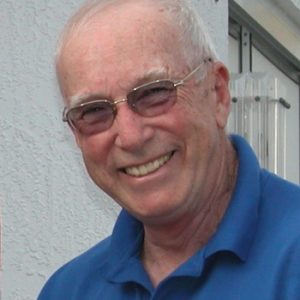 Bob Zarfoss has been a percussion performer, composer, instructor, judge and administrator for several corps in southern Pennsylvania for more than half a century, with time out from the activity from 1981 to 1997 while he was a high school administrator. Since 1997, he has served as Hanover Lancers Alumni Corps’ percussion instructor, composer and arranger and has served as a member of the board of directors since 1998. While performing, arranging and teaching with the United States Air Force (USAF) Drum and Bugle Corps drum line in 1958, he was the first percussion arranger to work with Hall of Fame member Truman Crawford. He was succeeded in that position by John Dowlan, another Hall of Fame member. His career began as a snare drummer with York White Roses senior corps in 1952-1953 and 1953-1954. He then played snare drum with the United States Air Force Drum and Bugle Corps in Washington, D.C. from September 1954 until August 1958. He was a snare drummer with Archer Epler Musketeers in 1961 and 1962 and with Westshoremen in 1972. He served as Hanover Lancers Senior Drum and Bugle Corps’ percussion instructor, composer and arranger in1959 and from 1961 to 1977. He was percussion instructor, composer and arranger with York White Roses Senior Corps from 1958 to 1960 and York White Roses Junior Corps from 1961 to 1969. In the early 1970s, he was percussion composer, arranger and instructor with Westshoremen Senior Corps and Belvederes Junior Corps. He was one of several founders of York White Roses Junior Corps and served on the board of directors from 1961 to 1969. He was a percussion judge with the National Judges Association from 1961 through 1980, and previously offered freelance judging services in the Washington, D.C. area from 1956 – 1958. Upon his discharge from the Air Force drum corps, he earned a Bachelor’s Degree in English and two Master’s Degrees as well, while he was judging, teaching drum lines, arranging, and giving private lessons. He is a member of the Pennsylvania Drum Corps Hall of Fame and the American Patriots Rudimental Drum Club Hall of Fame. He has been an associate member of the World Drum Corps Hall of Fame since 2001.