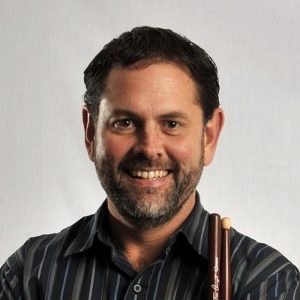 Tom Aungst is widely recognized throughout the drum and bugle corps community as a top-level leader, designer, composer, instructor, clinician, adjudicator and performer. During almost 40 years of activity, he has served as percussion arranger, caption head and musical consultant with junior and all age corps across the country, most recently as percussion caption head and arranger with The Cadets of Allentown, Pennsylvania. He provided the same services to The Cadets from 1985 to 2008.

Other DCI corps he has also been associated with are Blue Stars, Pacific Crest and Carolina Crown. The DCA corps he has worked with since 2009 are Hawthorne Caballeros, Connecticut Hurricanes, Fusion Core and Cadets2.

He performed as a member of The Cadets’ percussion section from 1981 to 1984 before serving as percussion caption head and arranger until 2008. During his time with the organization, The Cadets won nine DCI World Championships and seven DCI high percussion awards. He was already a two-time world champion when he joined The Cadets. He drummed with Reading Buccaneers in 1979 and 1980 when they won the DCA World Championships.

His composing and instructing style for all levels emphasizes highly demanding technical passages demonstrating artistic skill and musicality. He is a long-serving judge with the Percussive Arts Society marching section, US Bands and NESBA Indoor Percussion.

He holds a Bachelor of Arts in Music Education from West Chester University and a Master’s degree in Jazz Performance from Rutgers University. He is a Vic Firth, Yamaha, Zildjian and Remo artist.