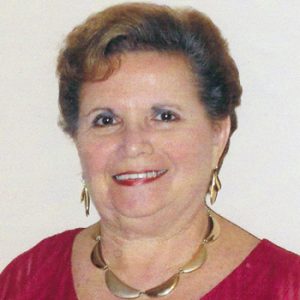 Dolores Gentile is highly accomplished as a performer and administrator. She was executive secretary for Yankee Rebels from 1967 to 1975 and Yankee Rebels Alumni Corps from 1988 to 2010. She also assisted corps director George Bull, a charter member of the World Drum Corps Hall of Fame, with secretarial support for his Hall of Fame duties. She was an important staff member with the Dixie Stinger fund raising concert for 19 years, responsible for all mailings, food preparation and service to attendees. She played baritone horn with Belles of St. Mary’s drum and bugle corps of Gloucester New Jersey from 1953 to 1961, named Corpsman of the Year in 1959. She won three individual baritone competitions. After leaving St. Mary’s in 1961 it was almost 30 years before she again started playing the baritone horn with Yankee Rebels Alumni Corps in 1988, performing with the group until 2010.