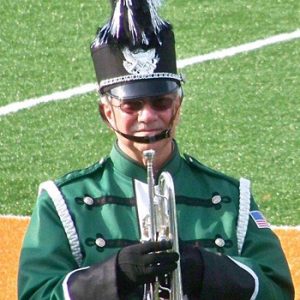 Tom Kittinger was widely admired for his exceptional communication and organizational skills which he applied to a wide range of responsibilities while he served as business manager of Hanover Lancers Alumni Corps for 15 years up to his passing in 2016. His long time involvement with the Lancers included serving as assistant horn instructor, horn player and choral director. Under his teaching, the Lancers became noted not only for their instrumental abilities but also for singing. He organized the Lancers’ annual alumni drum corps shows titled Profiles in Music, attracting sold out audiences each year, which required moving the show to a larger venue. In addition to serving as business manager since 2001, he also held a position on the board of directors for 15 years. He was choral director of the Gettysburg Civic Chorus for nine years and Littlestown High School for 30 years.