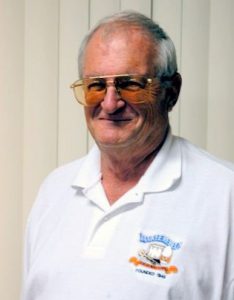 Charlie Lyon started in drum corps when he was 12 years old as a drummer in the Southwest Community Drum and Bugle Corps and he continued as a member of the Yankee Rebels Alumni Drum and Bugle Corps until 2010. In 1951, he joined the Independent Order of Odd Fellows (I.O.O.F) Drum and Bugle Corps, where he continued to play the snare drum and occasionally a tenor drum until he joined one of Baltimore’s premier junior corps, the Walbrook Silverliners in 1955. He played a bass drum in the corps until he aged out in 1957. In 1957, he then joined the percussion section of the senior corps known as the Yankee Rebels, playing a tenor drum, bass drum, and cymbals as needed. Not only did he perform very well playing these instruments, he was also a fantastic behind the scenes performer. He has accomplished administrative duties for the March of Champions and later the Dixie Stinger where he has been the liaison with the Baltimore County School Board in negotiating a school to hold the show, managing the stage and lighting crews, coordinating the setup and cleanup crews for various affairs and arranging for buses when needed for corps travel and many other activities. Much to his credit, he is a charter member of the Drum Corps Affiliates of Maryland (DCAM). In addition to these tasks, he has also has been the drill instructor for the Parkville Order of the Jobe’s Daughters who have performed at the Tall Cedars and other Shrine associated affairs including Ocean City, Maryland. He has a lot on his plate and the plate is full. His expertise is a definite asset to any organization and he does it without expecting constant pats-on-the-back.