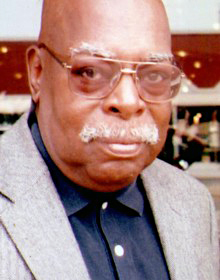 Eugene Bennett entered the field of competition as a snare and tenor drummer with the Blue Jacket Guard in 1948. He continued as a baritone horn player with the Wynn Center Toppers. As a Senior, he was the Assistant Drum Major with the Washington Carver Gay Blades. Gene has instructed M&M for the Sunrisers during their Championship years of 1977 & 1978, Bushwackers, and the Kingsmen. He also was the Business Manager for the Privateers. Gene has judged M&M with the NJA and IJA. He was the Committee Chairman when the DCA Rule Book was rewritten. He was also the DCE Contest Coordinator.