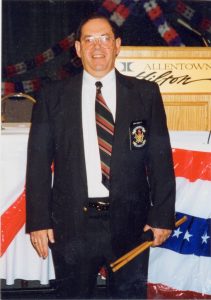 St. Wenceslas Junior Corps was the first stop in Mr. Biscotti’s Drum Corps life. His membership in the snare line initiated what would become a 50 year career. As a Junior, he also drummed with the 29th Division, Kenwood Cadets, and St. James. After age out, he joined the Yankee Rebels and then the Reilly Raiders. Nick was a member of the National Champion Reilly drum line in 1958 & 1959. He returned to the Rebels in 1960 and was a member and Assistant Instructor of their Championship Drum line in 1969, 1970, and 1971. He was a member of the Rebels until the competing corps disbanded. He was instrumental in the formation of the Yankee Rebels Alumni and continues to be their Assistant Instructor and a member of the snare line.