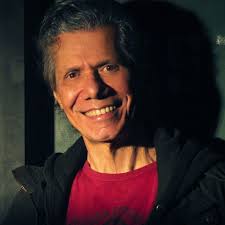 Iconic jazz pianist Chick Corea, who once played lead soprano on a single-valve bugle, will be inducted into the World Drum Corps Hall of Fame class of 2018.

Chick Corea, whose compositions such as Spain, My Spanish Heart, La Fiesta and dozens more have been covered by more than 50 competing drum corps since the early 1970s, will be honored by the Hall of Fame for Distinguished Professional Achievement.

He began his musical career as a member of the St. Rose Scarlet Lancers in Chelsea, Massachusetts and credits those early drum corps experiences with providing the impetus for a highly successful career.

Chick Corea is the winner of 22 Grammy awards. With 63 nominations, he is the fourth most nominated artist in the history of the Grammys. He has also won three Latin Grammy Awards, the most of any artist in the Best Instrumental Album category. He is a DownBeat magazine Hall of Fame member and National Endowment for the Arts (NEA) Jazz Master.

His father, a jazz trumpeter and Dixieland bandleader in Boston in the 1930s and 1940s, introduced him to the piano at the age of four. At eight he took up drums, which later influenced his use of the piano as a percussion instrument. His first major professional gig was with Cab Calloway, followed by early performances in Latin bands led by Mongo Santamaria and Willie Bobo.

In 1968, he joined Miles Davis’ band, appearing on several groundbreaking recordings pointing the way to a new direction in jazz. He was part of the electrified Davis ensemble that appeared in front of 600,000 people at the Isle of Wight Festival in England in 1970. In the early 1970s, he took a sharp turn from avant-garde to a crossover jazz/fusion style with the album Return to Forever, incorporating Latin jazz. His band of the same name relied on both acoustic and electronic instrumentation and drew upon Latin American styles more than rock music.