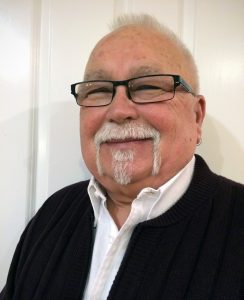 Born in Bridgeport, Connecticut in the mid-1940s, Bob Findley knew what he wanted to do the first time he saw a senior drum and bugle corps contest. However, he was much too young to join a senior corps at that time. By the late 1950s, junior drum and bugle corps were springing up across the state. His involvement began when he was recruited to play drum in St. Ann’s School drum and bugle corps. He enlisted in the United States Army in 1963 and served until 1966. He returned home to resume his drum corps career, eventually becoming drum major for such highly regarded senior corps as Connecticut Hurricanes, Connecticut Yankees, Rhode Island Matadors, Connecticut Alumni and the Park City Pride alumni corps. He began instructing in 1969 and became a drill and show designer for many drum and bugle corps, high school bands and winter color guards along the East Coast and throughout the Midwest, winning many titles and awards. In addition to these continuing commitments, he is the drum major and visual coordinator for the Park City Pride. He is a member of the Rhode Island Matadors Hall of Fame and a charter member of the Connecticut Hurricanes Hall of Fame.