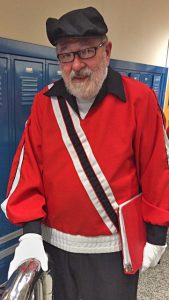 Mark Fulcomer is a co-founder of the Great Alliance of Seniors (GAS), the fraternal association which stimulated the development of alumni corps across the United States and Canada, as an outgrowth of the annual GAS reunion weekends which began in the mid-1980s. The alumni movement gained great momentum as society generally was swept in a wave of nostalgia at the approach of the new century. His involvement in drum corps began in 1960 with the Scarlet Raiders junior corps, of Youngstown, Ohio. He is also a long time member and Director of The Archer-Epler Musketeers.