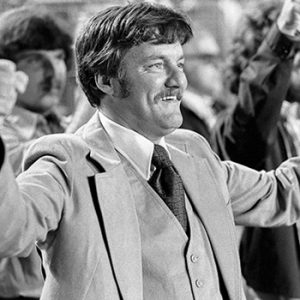 David helped form the organization that in 1972 became Drum Corps International (DCI). He is a charter member of the DCI Hall of Fame, and currently serves as chairman of the DCI Hall of Fame nominating committee. He was a drummer with several corps, including the Phantom Regiment and LaCrosse Commanders senior corps from 1948 to 1959. In the mid-1960s, he judged overall general effect for both the All American Judging Association, and the Wisconsin chapter. During more than 30 years of continuous participation in various aspects of drum corps activity, he most recently served with the Drum Corps Midwest Judges Guild. In addition to serving as drum instructor and marching and maneuvering instructor with Blue Stars from 1969 to 1980 he also served as corps director and chairman of the executive board. While he was executive director, he helped form a group of seven Midwest corps known as The Combine, which became DCI. He has served as the DCI board chairman.