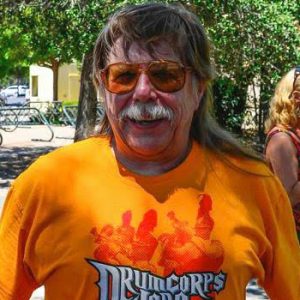 An accomplished performer and arranger, Ken Norman is also one of the great innovators in the drum corps community. He was the chief proponent of the adoption of the G-F bugle, considered by many to be the single most important development in brass instrumentation. He was also a major contributor to the music analysis judging sheet, the first “non-tick” caption sheet, first used in 1971. He was instrumental in the first use of the mellophone as a solo and ensemble instrument in brass voicing. His major contribution to drum corps activity is arranging music. He has created charts for more than 100 drum and bugle corps around the world, including Anaheim Kingsmen, Velvet Knights, DeLaSalle Oaklands, Etobicoke Oakland Crusaders, Belleville Black Knights, Reading Buccaneers, Syracuse Brigadiers, Spirit of ‘76 and the United States Air Force Academy drum and bugle corps. His arrangement of Auld Lang Syne is performed throughout the drum corps community. He first performed on French horn with Racine Kilties juniors in 1962, and later played mellophone with Kenosha Kingsmen and the Kilties senior corps. He was the Veterans of Foreign Wars (VFW) national French horn champion in 1963 and 1964.