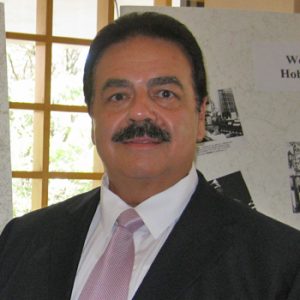 Not only is John Oddo an expert drummer and instructor who maintains consistently high standards, many of his students have become instructors throughout the drum corps community. Throughout more than 40 years of activity he has served as percussion arranger, instructor, and consultant for many top ranked corps in both Drum Corps Associates (DCA) and Drum Corps International (DCI). He served as percussion caption judge with the New Jersey chapter of the National Judges Association in 1983 and 1984. He was percussion instructor and consultant with Syracuse Brigadiers when the corps won four straight DCA titles, beginning in 1999. He was percussion instructor with Sunrisers in 1989 and served as both arranger and instructor with Connecticut Hurricanes from 1993 to 1995 and New York Skyliners from 1989 to 1992. He was arranger and instructor with Bengal Lancers of Trumbull, Connecticut from 1976 to 1979. Throughout the 1970s and 1980s, he was arranger, instructor or consultant for several nationally recognized junior corps, including DCI finalists Sky Ryders of Kansas; Bridgemen of Bayonne, New Jersey; St. Ignatius All Girls of Hicksville, New York, five times World Open champions and three times DCI Class A champs; Long Island Grenadiers of Medford, New York and New York City Lancers. His first involvement dates back almost 50 years to 1962 when he began to play snare drum with Babylon Islanders. From 1968 through 1973, he played snare drum with St. Joseph Patron Cadets junior corps, which became St. Rita’s Brassmen of Brooklyn in 1969. He is the founder and percussion director of Rage, Long Island’s first independent indoor marching percussion ensemble. He has also served as arranger and instructor for Park City Pride alumni corps of Bridgeport, Connecticut.