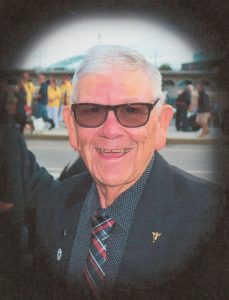 Mr. O’Connor joins the illustrious ranks of drummers in the World Drum Corps Hall of Fame. He began his career playing snare drum for the St. Patrick’s Fire Department Drum & Bugle Corps in 1950. After 40 years in Drum Corps, he is still playing snare in the Skyliners Alumni Corps. Bob has been a professional musician since 1957, touring, playing recording sessions and working night clubs. During his musical career he has also found time to judge percussion with the National Judges Association, DCA Judges, and the Fife and Drum Association. Bob has also arranged and instructed percussion for the Bridgemen, St. Joseph’s, and others. He is a member of the Fifers & Drummers Hall of Fame.