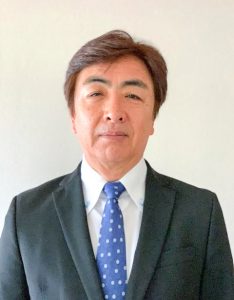 Shinichi Onodera began his drum corps marching activity in Japan in 1969, continuing until 1997. He was a trumpet player then served as drum major from 1979 until 1991. In 1992, the corps travelled outside Japan for the first time, finishing ninth in Division II at the Drum Corps International (DCI) championships in the United States. He left the corps in 1997 but still provided outside services, including coordination with U.S. staff.

Early in 1970, he started to volunteer with Japan Marching Band Association at competitions and other events. From 1999 to the present, he has coordinated technical productions for the Association’s several companies and venues. He has also handled coordination/communications between Japan Marching Band Association and Drum Corps International. For many years, he has also coordinated judging arrangements with DCI for Drum Corps Japan.