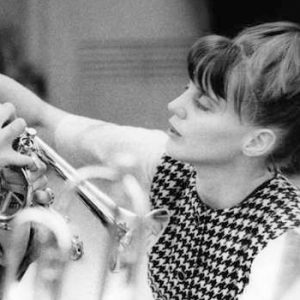 Sandra Opie, a vocal music instructor, started her career in drum and bugle corps in the late 1950s, instructing the Argonne Rebels, a small corps in Great Bend, Kansas. She had never marched in a drum and bugle corps, but immediately recognized its potential as an activity for enhancing the life of youngsters in her community. She overcame resistance from local marching band instructors who did not consider drum corps rehearsals a legitimate form of music instruction, and eventually attracted many youngsters to the Rebels. The brass lines she taught rapidly became noted for their technical abilities and musicality. She became widely known for producing outstanding horn lines, leading the Rebels to national prominence and three national championships in the 1970s. For more than a quarter of a century, her love of the activity helped influence the lives of hundreds of young men and women. Her level of devotion to members of the corps was so high that she would not accept any salary during the 15 years she was associated with the Argonne Rebels. She was widely admired as a music judge with the Central Judging Association and Drum Corps International (DCI) who treated each competitor fairly and objectively and was always willing to explain her decisions during critiques following contests. Hall of Fame member Truman Crawford recalls his musical association with Sandra Opie and the Rebels as “one of the highlights of my civilian drum corps career.” She has also been affiliated with American Legion (AL) and Veterans of Foreign Wars (VFW) national contest judging associations.