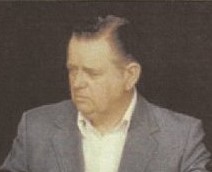 Norm Peth played drums professionally with the Jerry Wald Orchestra for a short time and many other groups during the Big Band era, working for and with many of the great jazz drummers of the day. Over the years, he was involved with 114 different music groups ranging from street parade corps to big field competition drum and bugle corps. He has had students playing professionally on the road from Las Vegas to Singapore. He made contributions in every area of drum and bugle corps activity: playing, instructing, organizing and adjudicating, mainly in western New York. A list of his students is a virtual “who’s who” of high achievers in drumming. In addition to teaching drum and bugle corps percussion sections, he had students that later played with and taught the Army, Navy, Marine Corps, Air Force and West Point Hellcats drum lines. Other students became high school and college teachers and professional drummers. Under his instruction, the Seneca Chiefs drum quartet won the New York/Canadian ensemble championship for three straight years, from 1963 through 1965. He has been retired from the activity for more than 30 years, now enjoying the sunny climate of Florida. During his retirement he has continued to play with various night club groups and, occasionally, live theatre bands. He can’t quite refuse to teach new students who look him up from time to time.