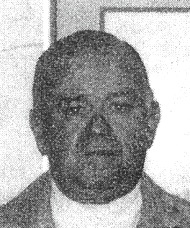 Vinnie Radford began his long drum corps involvement as a tenor drummer in the Phoebe Apperson Hearst Post corps. After World War II, he played tenor drum with the national champion Garbarina (New York) Skyliners, then made the transition to drill instructor. He taught many corps, including Skyliners, St. Joseph’s of Batavia and Syracuse Brigadiers. In the 1950s, he designed the revolutionary “Merry Go Round” drill for the Brigadiers, the first use of non-linear drill formations on the contest field.