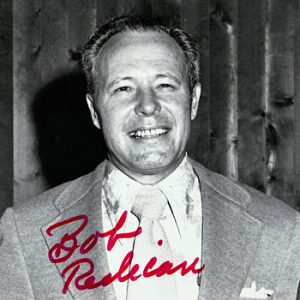 Bob Redican and his friend Hugh Quigley, both from Connecticut, dominated rudimental snare drumming for almost 20 years, beginning in 1939 when they placed first and second in the junior division of the Connecticut State Field Day Championships for standstill rudimental drummers. Hall of Fame member Eric Perrilloux noted they “were able to produce the same unbelievable sound, the blinding speed, the purest of quality and the ability to maintain both at maximum expression range.” In the 1930s, ancient fife and drum corps in Connecticut were the primary influence in producing the finest drummers of the time. Drummers played in a style using full arm and wrist motions, causing their drumsticks to describe perfect arcs of 16 to 20 inches above the drumhead, producing a commanding authoritive sound. This drumming style eventually spread outside Connecticut and was widely used by marching and maneuvering drum and bugle corps after World War II.