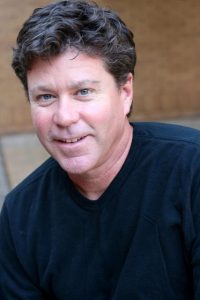 Paul Rennick’s percussion groups have won the DCI Fred Sanford Award for Percussion Performance eight times. In a rare feat, he has won percussion caption championships with two different organizations: Santa Clara Vanguard and Phantom Regiment. He was music composer/arranger, instructor and percussion manager as a member of the team that developed Blast, the Tony and Emmy Award-winning Broadway production. He is an artist and product consultant with Dynasty USA, helping design the Custom Elite series of marching drums. He has designed three signature sticks for Innovative Percussion. He is an artist and clinician for Remo Inc. and Avedis Sildjian. He is renowned for his percussion arranging, designing tasteful and musical writing. Working with his wife Sandi, who writes the front ensemble parts, they have created nuanced percussion arrangements that elevate the entire musical ensemble. As music coordinator, percussion director and arranger for Santa Clara Vanguard, he captured the Fred Sanford Award a record five times in six years and the DCI championship in 2018. He served as director of percussion for Phantom Regiment from 2003 to 2010, winning the Fred Sanford Award three times and the DCI world title in 2008. He has instructed such well-known drum and bugle corps as Blue Devils, Sky Ryders, Velvet Knights, Carolina Crown and Troopers. He has been percussion arranger for many groups, including Rochester Crusaders, Connecticut Hurricanes, Sunrisers and Yokohama Scouts of Japan. Since 1989, he has written and designed the competitive shows for the 22-time Percussive Arts Society (PAS) International Champion University of North Texas (UNT) indoor drum line. He has been assistant professor of percussion at UNT since 1991. He was featured soloist with the UNT Wind Symphony recording Percussive Palooza and during a showcase concert at the Percussive Arts Society International Convention (PASIC) in 2006. He has spent more than 30 years in drum corps activity, starting in the drumline of the Bayonne Bridgemen in 1985 and 1986.