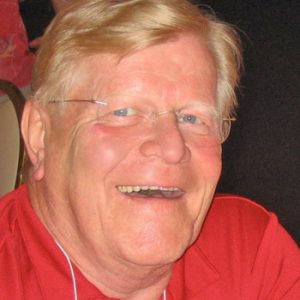 Mr. Howard Roberts initial foray into drum corps was in 1949 playing a baritone for a local Legion Post. In 1951, he joined the Liberty Bell Cadets. As a senior, he played a baritone with Reilly Raiders and switched to Contra Bass when he migrated to Archer Epler and the Air Force Drum & Bugle Corps. He has instructed M&M for Vassella, Belles of St. Mary, York White Roses, Archie, and the Yankee Rebels. He was a Chief Judge for the NJA for 36 years. He has also judged for DCA. Mr. Roberts is also active with High School bands and color guards.